I’ve finally gotten around to dealing with something that’s been on my bucket list for decades—returning to its rightful owners, a rare, 350-year-old, book that came into my possession over 60 years ago.

De Monarchia Hispanica, by Tommaso Campanella, published in Amsterdam in 1653, was once in the personal library of Thomas Barlow, famed 17th century English clergyman and Provost of Queens College, Oxford.  Not really my kind of guy, Barlow enjoyed a long career in public life largely because he was, as some of his contemporaries alleged, a “trimmer.” This was a pejorative term for someone who conformed politically for the sake of career advancement, aka, a sycophant; or, for those of you in my generation who watched a certain television show when we were kids, an “Eddie Haskell.”

However, I’m reluctant to be too judgmental, considering the tumultuous period of English history in which he lived, where many notables often, and literally, lost their heads. Yet, Barlow was, as trimmers go, a virtuoso. His Machiavellian nature paired nicely with his quibbling, evasive, casuistic philosophical writings devaluing virtues like duty, honor and morality.

But back to the present.

Despite its age, this copy of De Monarchia has very little dollar value in the rare book market, just couple hundred bucks, at best.  I attribute this to the fact that neither Campanella nor Barlow are historical headliners, and also because, around 1960 my then-five-year-old brother Brian, took a Crayola (I’m guessing “Forest Green” or “Shamrock”) to a couple of pages, scribbling what might be (giving the tyke benefit of the doubt) the professional proofreader mark to “Transpose” a word or phrase 😉. 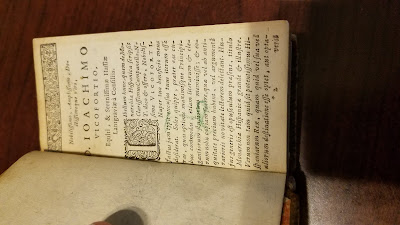 I recently contacted Amanda Saville, librarian at Queens College, Oxford, who confirmed Barlow’s handwriting, and was curious how the book had gotten to the U.S., saying: “Upon Barlow’s death the Bodleian Library [another Oxford library and one of the oldest in Europe] chose which of his books they wanted and the remainder came here to Queen’s, but it was not an exact science and it is highly probable that a portion of Barlow’s library went elsewhere.” Consequently, she was excited to learn about it, even more so, because neither library has this particular 1653 edition. She was also extremely appreciative to learn that I’m donating the book to the Queens College Library.

As someone who writes history books, I’m tickled that this three-century-long, circular journey, beginning sometime after Barlow’s death in 1691, through all the never-to-be-known places and lives it passed, is now nearly complete. That, after traveling thousands of miles, it will soon reside in a modern library just a few minutes’ walk from the spot where Barlow, one day in 1654, took up a feathered quill pen and, after sharpening its nib to the finest point, and carefully dipping it in an inkwell, scribbled a page full of notes in Latin on the flyleaf with such extraordinary precision. 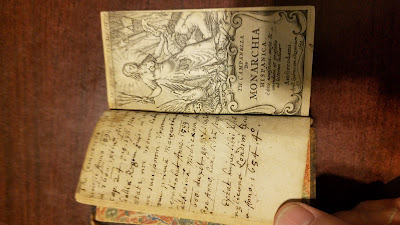 I apologize for sounding so sappy in bidding goodbye to de Monarchia, but in such a chaotic and increasingly cynical world, I like to savor these small victories for fate and harmonious endings.

I am pleased to report that the little book made it safely home thanks to the efforts of Londoners Auroskanda Vepari and Nidhi Mukhuty who carried it from Reno to Oxford. Here is how Auroskanda described the day it was delivered:

“We were very warmly received by Amanda and she was delighted to see the book.  It was all timely as someone from the restoration team was visiting her in the days following our visit, so it would go immediately to receive some TLC before finding its place in the library's new secure vault.  Amanda very kindly gave us a tour of the library which was really quite amazing.  In the Upper Library stands a portrait of Barlow.  You would enjoy visiting Oxford, and if you do come to the UK, this is something we could do together!  I am sending you a link to some pictures from the afternoon - including a picture from the tower of the nearby St Mary's church of the garden behind the Queens' library building, underneath which lies the new vault and now, the Campanella book.” 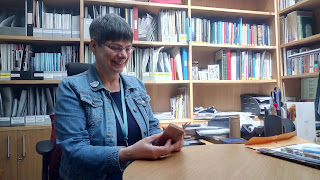 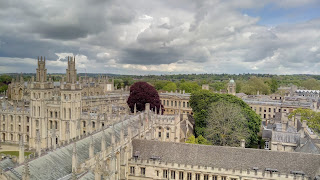 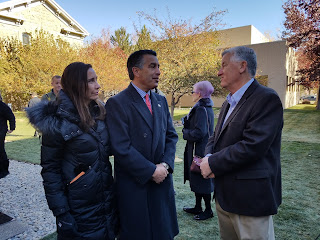 Last Friday, November 9, I attended a ribbon-cutting ceremony on the state capitol grounds for a monument dedicated to military members from Nevada who lost their lives in war, and the Gold Star families they left behind.

Afterwards, I was pleased to have a chance to thank the keynote speaker, outgoing Governor Brian Sandoval, for the honorable and dignified manner in which he has led our State over the past eight years.

I’ve had the pleasure of knowing him and his family for years, throughout his numerous public service positions, which included state assembly member, Nevada Attorney General and federal district court judge. As Governor, Brian Sandoval honored his late mentors, Governor Kenny Guinn and State Senator Bill Raggio, by always trying to do what was right, and in the best interests of all Nevadans. In doing so, he consistently ranked among the most popular governors in the United States.

His wise and compassionate leadership will be missed. Best of luck, Governor, in whatever your future holds. 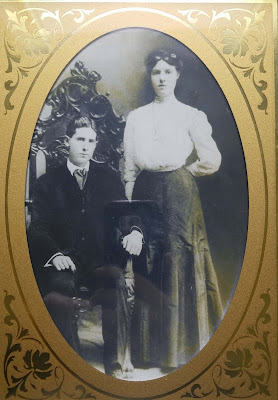